Creative Displays are more than just your average retail display providers. Inventors at heart, they can take on any challenge including outfitting your home with design solutions that are efficient and beautiful. When Rob came to them with his tiny home project the challenge was to create a functional and comfortable space for him and his two young boys. This meant creating as much storage as possible, sleeping arrangements for all three, and a kitchen-to-dining-room solution that could fit into the smaller space without feeling cramped. In Rob’s words the goal was to “maximise storage, but minimise footprint as much as possible.” 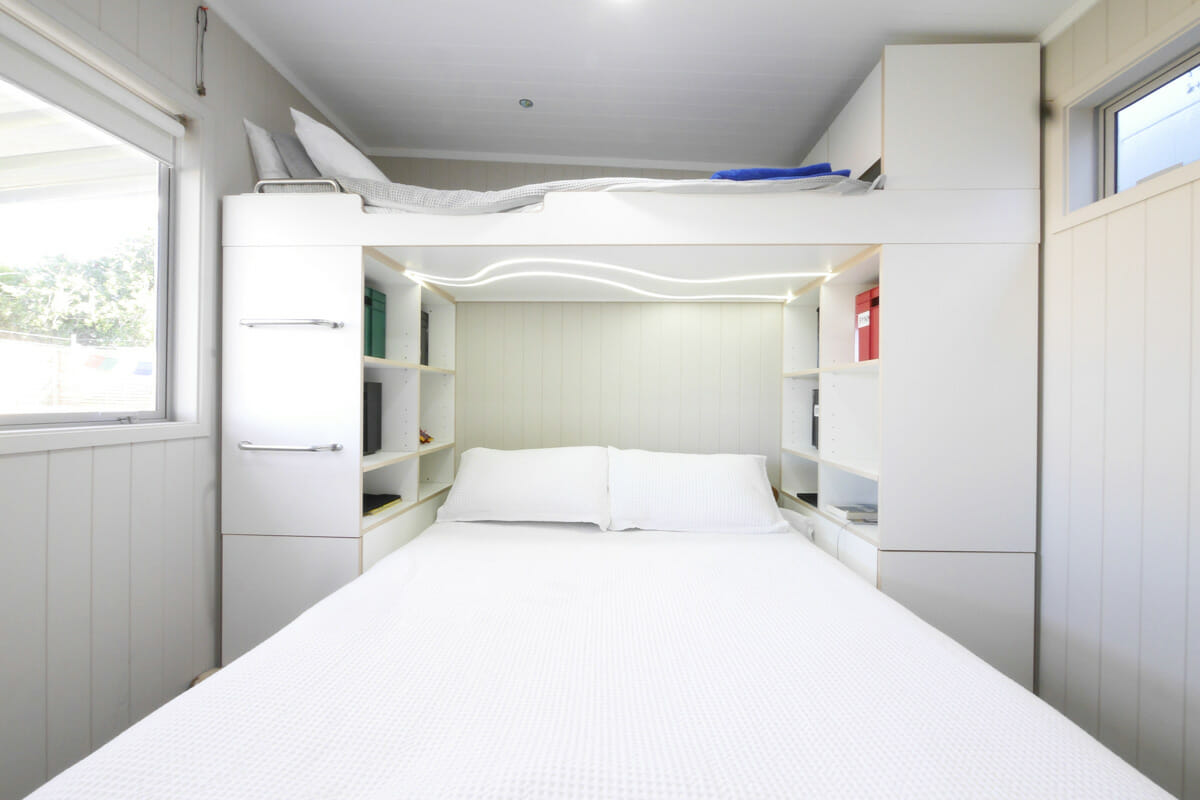 Finding a design that would provide the family with enough sleeping space was a challenge that required a few iterations to get it just right. While an earlier design would have left Rob sleeping on the couch, the team at Creative Displays was able to find a solution that would fit all three in the bedroom comfortably. The final result was a single bunk bed over top of a double bed, leaving enough space to provide storage for the two boys down the side of each bed.

To create a truly homey living space the kitchen, which doubles as a dining room, needed some ingenuity. The basic amenities already included would make cooking for three cramped and complicated. So the design team came up with an adaptable design solution that expanded the cooking and storage areas. This allowed the space to become multifunctional, doubling as a place to sit and eat. To bring it all together and prevent cooking smells stifling the trio, a new type of extraction fan was added in the wall above the stove.

The tiny home design demonstrates Creative Displays’ ability to create a space that is not just functional, but also a delight to live in day in and day out. “The kids really enjoy it,” says Rob. “They call it the bat cave and they’re telling people we live in a secret hideout…”